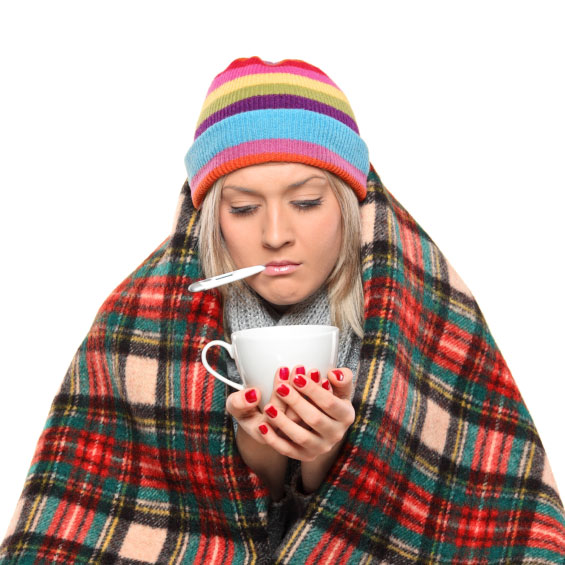 There has been an age old question that scientists could not answer: Why is the flu most prevalent in winter? Fever, sore throat, cough, body pains and nausea all signal the onset of this debilitating condition. A fascinating new theory seeks to explain why flu takes hold during the winter months and why it infects mostly the elderly and those who are more sedentary.

Dr. John Cannell is the chief author of a landmark theory that postulates that influenza epidemics are intimately linked to declining vitamin D levels. In California, Dr. Cannell works with patients at a maximum-security hospitals for the criminally insane. In recent years, he had become aware that vitamin D is a unique compound with profound effects on human immunity. He lists bone health, cancer prevention and blood pressure lowering effects as an indication that “vitamin D is really quite different from other vitamins.”

Dr. Cannell postulated that many of his patients, because of their confinement and other factors, might be low on vitamin D. Testing for vitamin D proved him right, his patients were very low in this important nutrient. He began prescribing 2,000 IU per day for all the patients in his ward. Subsequently a flu epidemic epidemic broke out in the ward below his, then rather quickly all wards seemed to be affected – except his. “My patients had intermingled with patients from infected wards before the quarantines” he wrote, “I felt certain that my patients had been exposed to the virus – but none of them contracted the flu.”

This rather convincing evidence should have you checking your vitamin D intake. How many days do you get direct rays of the sun on even 20 percent of your body, much less a majority? Most will say: Never! We have become phobic about sun exposure and it has led to a massive amount of deficiency present in our society.

Let’s Talk Health offers Dense Bone – a 2,000 IU vitamin D capsule for those who wish to supplement their diet with a real preventive amount.

“I have been taken Dense Bone for over four months now. My back doesn’t hurt like it did, had injuries to my back. Had to struggle to get up. Dense Bone does the trick.”