When we are born, we are blessed with approximately 305 bones. As we grow and develop, many of these bones fuse together to become our basic skeleton. By the time we become an adult we have approximately 206 bones. This remarkable skeleton is made up of bones stronger than reinforced concrete.

As we age, our bones become less dense and more brittle. What most people don’t understand is the connection between the foods we eat that cause us to lose this strength little by little – about 1% per year. Like the proverbial lobster boiled alive in water that starts out tepid and slowly comes to a boil – our poor food choices over time eventually takes its toll on our bones.

This weakening of our bone structure becomes more pronounced at 30-40 years of age and gradually gets worse if we don’t take action.

What you eat plays a big role in whether you’re getting the nutrients you need to build strong bones. What might surprise you, though, is that your diet can also play a role in sapping bone strength. Some foods actually leach the minerals right out of the bone, or they block the bone’s ability to regrow.

Salt saps calcium from the bones, weakening them over time. For every 2,300milligrams of sodium you take in, you lose about 40 milligrams of calcium, dietitians say. One study compared postmenopausal women who ate a high-salt diet with those who didn’t, and the ones who ate a lot of salt lost more bone minerals. Our American diet is unusually salt-heavy; most of us ingest double the 2,300 milligrams of salt we should get in a day, according to the 2005 federal dietary guidelines.

The quickest, most efficient way to cut salt intake is to avoid processed foods. Research shows that most Americans get 75 percent of their sodium not from table salt but from processed food. Key foods to avoid include processed and deli meats, frozen meals, canned soup, pizza, fast food such as burgers and fries, and canned vegetables.

Soft drinks pose a double-whammy danger to bones. The fizziness in carbonated drinks often comes from phosphoric acid, which ups the rate at which calcium is excreted in the urine. Meanwhile, of course, soft drinks fill you up and satisfy your thirst without providing any of the nutrients you might get from milk or juice.

When you’re tempted to reach for a cola, instead try milk, calcium- and vitamin D-fortified orange juice, or a fruit smoothie made with yogurt. Or just drink water when you’re thirsty, and eat a diet high in bone-building nutrients.

The numbers for caffeine aren’t as bad as for salt, but caffeine’s action is similar, leaching calcium from bones. For every 100 milligrams of caffeine (the amount in a small to medium-sized cup of coffee), you lose 6 milligrams of calcium. That’s not a lot, but it can become a problem if you tend to substitute caffeine-containing drinks like iced tea and coffee for beverages that are healthy for bones, like milk and fortified juice.

Limit yourself to one or two cups of coffee in the morning, then switch to other drinks that don’t have caffeine’s bone-sapping action. Adding milk to your coffee helps to offset the problem, of course. 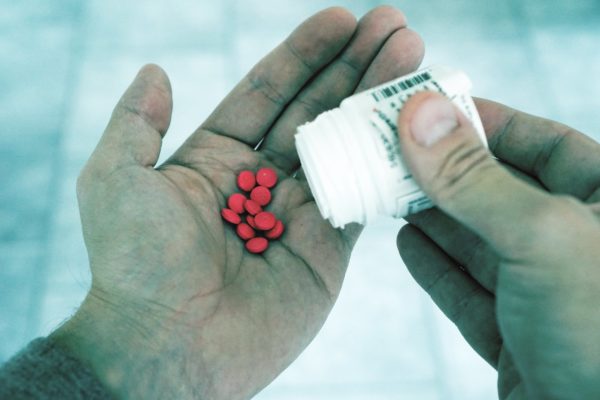