Suicide rates in the U.S. have hit a 30-year high, surging 24 percent in just 15 years, according to a new report from the U.S. Centers for Disease Control and Prevention’s National Center for Health Statistics. Since 1999, the suicide rate increased about 1 percent each year before accelerating to 2 percent annually from 2006 to 2014. Suicides increased among men and women in virtually all age groups, The New York Times reports, with sociologists speculating that the economic troubles of the working class and increased “social isolation” due to family breakdown and divorce were playing a role. But the sharpest rise in suicide rates was among young girls. The federal report reveals that 150 girls between 10 and 14 years old committed suicide in 2014 alone— a 200 per cent surge in that age group since 1999. “I think it may be a reflection of access to social media, internet, and cyberbullying,” says adolescent psychiatrist Victor Fornari. Teens suffering from anxiety and depression can be powerfully influenced by websites and blogs dedicated to dark topics and self-destructive coping mechanisms, such as suicidal fantasies and self-harm. 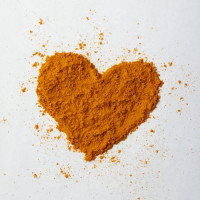 The Spice That Boosts Memory & Much More

Known as the ‘golden spice’ of India, turmeric could just be one of the most effective and powerful nutritional supplements on the planet. There are... continue reading