Look at your multiple vitamin or B complex bottle. You’re probably taking cyanocobalamin, the stable and less expensive form of vitamin B12. Because it is stable, it has a longer shelf life. However, the active form of B12 is methylcobalamin and the two are NOT equal in effectiveness. If you have symptoms of GI disorders, lethargy, confusion, slow thought processes, heart rate variability, atherosclerosis, sleep disorders, or immune dysfunction, you may need the methyl as well as the cobalamin component.

The two vitamin B12 coenzymes known to be metabolically active in humans are methylcobalamin and adenosylcobalamin. Vitamin B12 is usually absorbed from the gut from the fermentation of intrinsic factor by intestinal flora. However, production can be disturbed by nutritional deficiencies, intrinsic factor deficiency, bacterial overgrowth, malabsorption, alcohol, and antibiotics. Nitrous oxide anesthesia in surgery and nitric acid from normal metabolism and inflammation also reduce our vitamin B12 levels.

Cobalamins are destroyed by heavy metals and strong oxidizing or reducing agents. (take at different times than vit c). Vitamin B12 deficiency generally increases with age and is common in the elderly.(2)

Both vitamin B12 and folic acid are required for the synthesis of thymidylate, a component of DNA. Lack of adequate DNA synthesis causes many red blood cell precursors (hematopoietic cells) to die in the bone marrow. The development of epithelial cells is also disturbed by thymidylate deficiency. Gut changes due to vitamin B12 deficiency are often related to constipation whereas a folic acid deficiency is generally related to diarrhea. In the brain, the arrest of cell replication due to vitamin B12 deficiency disrupts myelin synthesis, resulting in neural damage in the brain, spinal cord and/or peripheral nerves. Vitamin B12 deficiency can include the following neurological symptoms: numbness and tingling in the hands and feet, unsteadiness, poor muscular coordination, moodiness, mental slowness, poor memory, confusion, agitation, and/or depression.

Vitamin B12 is involved in fat and carbohydrate metabolism. It is required in the synthesis of the amino acid methionine, which is involved in choline and betaine utilization. B12 assists in maintaining sulfhydryl (SH) groups in their reduced form for enzyme activity. Vitamin B12 deficiency is associated with a decrease of reduced glutathione, needed for cell defense against pathogens (viruses, bacteria, fungi) and toxins.

Methylcobalamin is a co-factor of methionine synthase, an enzyme that transfers methyl groups to homocysteine to regenerate methionine. Elevated homocysteine levels are a risk factor for coronary artery disease.(11) Methionine can be transformed to S-adenoxylmethionine (SAM) that is involved in a variety of methylation reactions in the body, one of which is alleviating depression.(13)

Methylcobalamin also plays a role in cell-mediated and humoral immune function in rats. In vitamin B12 deficient rats, serum C3, IgM and Ig G factors were found to be lower. There was also an elevation of the ratio of CD4+ CD8- to DC4- CD8+, which reduces the ability to fight off pathogens.(12)

Cyanocobalamin is not biologically active until converted to methylcobalamin, which also means releasing its cyanide. Cyanide can be toxic because it binds the iron (F3+) portion of cytochrome oxidases, preventing its reduction. This binding blocks electron transport and interrupts cellular respiration. Symptoms of sublethal cyanide toxicity include hypotension, tachypnea, and tachycardia.(4)

Cobalamin can bind with cyanide and is therefore effective in reducing cyanide toxicity. However cyanocobalamin is not effective in removing cyanide because the cobalamin is already bound.(3) Since nitroprusside can induce cyanide toxicity, other cobalamins such as hydroxocobalamin should be used to bind with cyanide. Nitroprusside therapies should be minimized in critically ill patients and those with liver or kidney dysfunction.

Large amounts of cyanocobalamin can exacerbate preexisting cyanide toxicity that can result from smoking tobacco, sodium nitroprusside therapy, and phagocytosis. Steve Roach, M.D. writes that “it seems wise to avoid a potentially harmful form of a drug when the more physiologic variety is available and is excreted at a more desirable rate.(7)

Foods fortified with vitamin B12 (as cyanocobalamin) may be a potential problem if cooked. The highest mutation activity in cooked (pyrolysate) vitamins was found in cyanocobalamin (3220 revertants at .025 mumole of cyanocobalamin).(5)

Methylcobalamin enhances synaptic transmission in learning and memory. Ikeuchi and associates studied the effects of methyl-B12 on the electrical activity in hippocampal neurons and found that methyl-B12 increased post-synaptic field potential which lasted more than an hour and increased the electrical currents elicited by N-methyl-D-aspartate (NMDA). Cyanocobalamin had no effect.(13)

Methylcobalamin plays a role in modulating human circadian rhythms. It accelerates re-entrainment of the activity rhythm to the environmental light-dark cycle. The suprachiasmatic nucleus (SCN) is involved in relaying photic information to the pineal gland. Methylcobalamin enhanced the field potential in the SCN that lasted an hour. In contrast, cyanocobalamin showed no effect.(16) Methylcobalamin is also required in donating a methyl group for the synthesis of melatonin. Methylcobalamin supplementation can assist in modulating melatonin secretion, enhancing light-sensitivity, normalizing circadian rhythms and improving sleep-wake cycles.(17) Methylcobalamin also helps improve heart rate variability, suggesting that it is involved in balancing sympathetic and parasympathetic nervous system function,(18) perhaps through its involvement with light entrainment and melatonin synthesis. Since circadian rhythm and melatonin synthesis are key factors in health maintenance, the use of cyanocobalamin rather than methylcobalamin is undermining our health as individuals as well as a nation.

A letter from Dr. Terry was published in the October, 1978 issue of The Lancet. He wrote that “the lead for improved prescribing must come form compilers of formularies that are highly regarded. In this respect it is disappointing to find that the W.H.O. expert committee on the selection of essentiald rugs lists only cyanocobalamin, placing an incalculable number of patients with optic neuropathy in pernicious anemia or tobacco and tropical amblyopia at risk.”(9)

In the November 1978 issue, the Lancet published a letter by J.C.Linnell and associates entitled “Therapeutic Misuse of Cyanocobalamin.” The authors state that cyanocobalamin itself has no known biochemical function. Only trace amounts of cyanocobalmin are normally detectable in the human body, while significant amounts occur in patients with optic neuropathies, inborn errors of cobalamin metabolism and pernicious anemia. Cyanocobalamin must first undergo conversion to the physiological forms of cobalamin before being effective against pernicious anemia. However hydroxocobalamin (a precursor to methyl and andenoxylcobalamin) “has the additional advantage of therapeutic efficacy in certain neuropathies and some cases of inborn errors of cobalamin metabolism.” The authors further write that “it is lamentable that an extensive demand for cyanocobalamin as a therapeutic agent should persist. There seems to be no place for the continued therapeutic use of cyanocobalamin.”(10)

In conclusion, methylcobalamin can be effective in cases of neuropathy, depression, cancer, optic atrophy, heart rate variability, homocysteinemia, and sleep disturbances. However, all cobalamin analogues are not equal and taking cyanocobalamin with already elevated levels of cyanide can actually be harmful. It has been thirty years since Dr. Freeman first published a letter in The Lancet about the risks of using cyanocobalamin. How much longer can we afford to allow ignorance and profit motives to undermine our nation’s health? 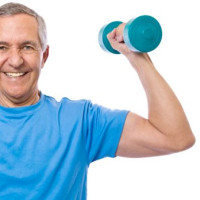